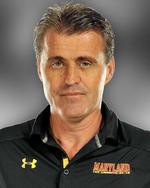 The success of the Maryland Terrapins is a direct reflection of the philosophy and principles of Head Coach Sasho Cirovski. Sasho is a USSF "A" licensed coach. He has led the Terrapins to three NCAA National Championships (2005, 2008 & 2018) as well as several ACC and Big 10 regular season and tournament conference titles. Cirovski earned 2003 and 2005 ACC Coach of the Year honors, in addition to being named the 2005 NSCAA National Coach of the Year and the 2018 Top Drawer Soccer Coach of the Year. As a regional and national staff coach, Sasho has been instrumental in helping players of all calibers become better soccer players and better people. It is this expertise and passion for the game that has driven Sasho Cirovski throughout his career. Sasho has both his undergraduate degree and Masters in Business Administration from the University of Wisconsin-Milwaukee. 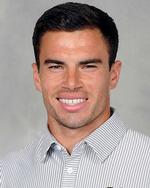 Maryland men's soccer head coach Sasho Cirovski has announced former Terrapin standout Jake Pace has been hired as men's soccer assistant coach. After seeing action as a reserve defender as a freshman, Pace moved up top to the striker position where he shined in his final three seasons at Maryland. He finished his career with 13 goals, including a career-high six as a captain his senior year. Pace played an important role in back-to-back Atlantic Coast Conference championships in 2012 and 2013 and helped guide the Terps to the College Cup in each of his last two seasons at Maryland. Pace won a pair of state championships with River Hill High School as a two-time Baltimore Sun First Team All-Met selection prior to his arrival to College Park. He earned a bachelor's degree in kinesiology from Maryland. Prior to his appointment as an Assistant Coach, Pace served four years as the Director of Soccer Operations for Maryland Men's Soccer. 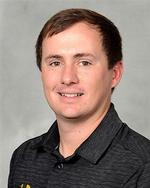 Miles Vaughn was named to the Maryland Men's Soccer staff in February 2018. In his first season, Vaughn helped the Terps capture the 2018 National Championship. He holds a USSF A License and earned a bachelor's degree in Economics and Spanish from Austin College and a Masters in Educational Leadership from LSU. 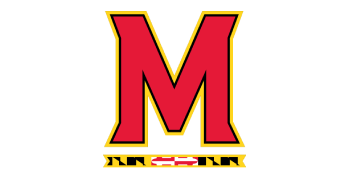